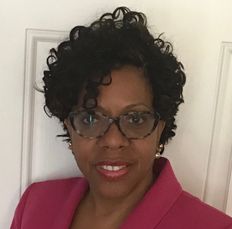 SECRETARY: Syrena Alexander is currently a school psychologist for Chicago Public Schools.  She is pursuing her doctorate in educational leadership at National Louis University.  She presides as the board president for the Gloria J. Taylor Foundation that was recently awarded a multi-million-dollar TRIO grant.  Additionally, Mrs. Alexander served as board secretary for AAA Alternative School for approximately 5 years.  She is passionate about education, the development of young people and the development of her community at large. Mrs. Alexander is a Christian who has served her church family as a Sunday School teacher for over 10 years. She strives to live with her hand open to help others, as the famous quote by Dr. Martin Luther King suggests, “Life’s most persistent and urgent question is, what are you doing to help others?” 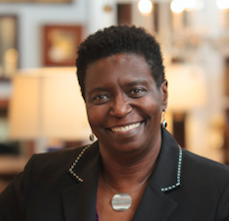 VICE- CHAIR: Christina Smith, Ph.D., is an emerging thought leader in the field of organizational impact and leadership development. Consulting with non-profits through her affiliation with the Morton Group, Chris Smith advises agencies on issues ranging from strategic planning and systems design to leadership performance, program evaluation and change management.  She co-founded Affinity Community Services, www.affinity95.org, a Chicago-based nonprofit that has organized and advocated on behalf of Black lesbians and LGBTQ youth for over two decades. Committed servant leader, Ms. Smith has served as a board member for the Crossroads Fund, a Chicago based foundation for social change and on the Advisory Council for the Office of Lesbian and Gay Health administered by the Chicago Department of Public Health.  A credentialed licensed social worker with an MSW and BA and a PhD in Community Psychology.

TREASURER: Anita Welbon, Ph.D., has worked with not-for-profit organizations her entire adult life, primarily through higher education. In addition to teaching at The School of the Art Institute for 24 years, she has served on the Board of Directors of Insight Arts (a not-for-profit arts organization), directed a $150,000 multicultural grant from the Lily Foundation for Barat College, and is currently President of the Board of Directors for Rocky Ledge Cooperative, Inc., a residential cooperative that has an annual operating budget of over $400,000. Dr. Welbon has been on the Rocky Ledge Board of Directors for thirteen years, serving as President for the last nine years. 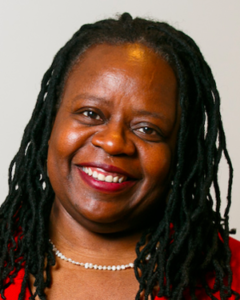 CHAIR: Yvonne Welbon, Ph.D., is Founder & CEO of the Chicago-based non-profit, Sisters in Cinema and a Senior Creative Consultant at Chicken & Egg Pictures. She is an award- winning independent filmmaker and has produced and distributed over 20 films which have screened on HBO, BET, PBS, Starz/Encore, TV-ONE, IFC, Bravo, Sundance Channel, Netflix and iTunes and in more than 100 film festivals around the world. Raised in an Afro-Latin Honduran household on the South side of Chicago, Welbon received a B.A. in History from Vassar College and then spent six years in Taipei, Taiwan, where she learned Mandarin and founded her first business, an arts magazine which she ran for five years that was the first of it’s kind in the nation. Welbon has taught at the University of Chicago, Northwestern University and chaired the Journalism and Media Studies Department at Bennett College. She completed an M.F.A. in Film/Video at the School of the Art Institute of Chicago, a Ph.D. in Radio/TV/Film at Northwestern University and is a graduate of the American Film Institute’s Directing Workshop for Women.

Jacqueline Stewart’s research and teaching explore African American film cultures from the origins of the medium to the present, as well as the archiving and preservation of moving images, and “orphan” media histories, including non-theatrical, amateur, and activist film and video. She directs the South Side Home Movie Project and is co-curator of the L.A. Rebellion Preservation Project at the UCLA Film and Television Archive. She also serves as an appointee to the National Film Preservation Board. She is currently researching the racial politics of moving image preservation and is also completing a study of the life and work of African American actor/writer/director Spencer Williams.

Stewart is the author of Migrating to the Movies: Cinema and Black Urban Modernity, which has achieved recognition from the Society for Cinema and Media Studies and the Black Caucus of the American Library Association. She participated in the Public Voices Thought Leadership Fellowship Program, offered by Northwestern University, and the OpEd Project. She has also been awarded fellowships from the Shelby Cullom Davis Center for Historical Studies at Princeton University, and the New York Public Library’s Schomburg Center for Research in Black Culture Scholars-in-Residence Program.

Stewart earned her AM and PhD in English from the University of Chicago and an AB in English with interdisciplinary emphasis from Stanford University.

Tracye Matthews, Ph.D., is a curator, filmmaker and historian working within and between the realms of academia, public history, museums and documentary film.  She is currently Executive Director of the Center for the Study of Race, Politics and Culture at the University of  Chicago, where she was a past Mellon Postdoctoral Teaching Fellow.

Tracye has worked as a director, producer, cameraperson, researcher, and production assistant on various documentary film projects.  She was awarded a fellowship from the Wexner Center for the Arts Film/Video Studio Program to work on her semi-autobiographical documentary exploring adoption within African American communities.  Most recently, she produced the Academy Award©-shortlisted documentary short, ’63 Boycott, with Kartemquin Films.

She was previously an assistant professor in the Africana Studies Department at the University of Massachusetts Boston.  Her writing has been published in numerous anthologies and journals including Race and Class, Sisters in Struggle: African American Women in the Civil Rights-Black Power Movement, and Black Women in the United States: An Historical  Encyclopedia.  Her ground breaking article, “No One Ever Asks What A Man’s Role in the Revolution Is”: Gender and the Politics of the Black Panther Party, 1966-1971,” published in The Black Panther Party Reconsidered, was one of the first scholarly articles on the subject of gender and sexuality in the BPP and is frequently cited by other Panther Studies scholars.

She is a co-founder of the Intersectional Black Panther Party History Project (IPHP), an online platform and public programming collective; and an advisory board member of the Sisters in Cinema Media Arts Center.

Matthews received her Ph.D. in American History from the University of Michigan, where she was the inaugural director of the Ella Baker-Nelson Mandela Center for Anti-Racist Education.

M. Ekundayo (Dayo) Harris is the principal of Village Leadership  Academy (VLA), an independent K-8th grade social justice school in Chicago, which places an emphasis on transformative education, critical community problem-solving, project-based learning, and international travel through its World Scholars Program.  Ms. Harris is a Teach for America alum with over ten years of teaching experience with an extensive background in youth work development and culturally responsive curriculum development.  She has provided strategic consulting for administrative teams and school sites across Chicago and remains passionate about equity in education and eradicating the school-to-prison pipeline.  She received her BA from Smith College and will receive her M.Ed in Curriculum and Instruction from the University of Illinois-Chicago.

Stephanie Jeter is a writer, director and producer and Head of Production at Chicago based OPEN TV, an incubator developing artists, TV, community and research through intersectionality. Jeter received a writing scholarship from DePaul University’s film program. Since graduation she has spent the past decade freelancing on various studio films and network TV shows including Shameless, SIRENS, and Insurgent. With the practical skills she’s acquired she has returned to her creative roots as a speculative and mystery storyteller, taking bold steps forward in telling fresh narratives with new perspectives. In addition to the award winning short, Searching for Isabelle, she is currently developing feature-length,  television, and short form projects.

Growing up, Angellic Ross was always fascinated by movies, television, and the talented black actresses that broke the glass ceiling. This fascination led to her involvement in performance and eventually behind the scenes. Her main mission is to provide sustainable resources for women and voices of color. Long term, Angellic hopes to own a production company and teach film studies and business classes.

Born and raised in Milwaukee, she attended Northwestern University in Illinois where she received her degree in Performance Studies, Minor in Film & Media Studies, and Certificate in Civic Engagement.  On campus, she was heavily involved on and off campus activities, including serving as a Manager of Production of NU Channel 1 and as a Production Intern at FREEFORM (formerly ABC Family.) She also served as Miss Black Wisconsin USA 2015 where she utilized her platform to encourage young women of color to pursue careers in film. After graduation, she lived in Guatemala for one month producing a documentary, revoLUZion, about “Los Patojos,” a local non-profit; which won first place at the My Hero Festival. She currently works as a  Media Strategy Supervisor at Spark Foundry and freelances as a film producer.

Arts administrator and foundation executive, Amina J. Dickerson was born Jill L. Dickerson on February 2, 1954 in Washington, D.C. to Ann Lee Stewart Dickerson and Julius James Dickerson. While in high school, Dickerson wrote a ritual play entitled, The Journey, which bore witness to cultural and personal transformation. Attending Emerson College in Boston, Massachusetts, in 1972, Dickerson produced her play “The Journey” and then took it on tour. Her theatrical activities brought her back to Washington where she was hired as an administrator by Arena Stage.

After completing the Harvard Program in arts administration in 1974, she joined the National Museum of African Art where she became director of education through 1982. There, she staged public programs including a tribute to Langston Hughes which featured musical group, Sweet Honey in the Rock, jazz and a script by Dr. Eleanor Traylor. Dickerson served as assistant director of Philadelphia’s Afro-American Historical and Cultural Museum in 1983. In 1984, she became the new president of Chicago’s venerable DuSable Museum of African American History and Culture. While serving at DuSable, Dickerson served as a consultant with the Schomburg Center for Black Research while earning her M.A. degree in arts administration from the American University in 1988. Joining the staff of the Chicago Historical Society in 1989, Dickerson brought in the “I Dream a World” exhibit and established the Sojourner Truth Mentoring Program for young women. In 1994, she became director of education and public programs for the museum. After a fellowship with Newberry Library and a stint as “distinguished visitor” at the John D. and Catherine T. MacArthur Foundation, Dickerson served as coordinator of the Arts in Education program of the Kraft Foods Company in 1997. There, she was promoted to director of corporate giving, and in 2003 she became senior director of Global Community Involvement. Now, on the other side of the philanthropy table, Dickerson funded valuable initiatives in health, hunger, education and the arts.

Retiring in 2009, Dickerson continues to serve the community through her activities on the boards of the Harris Center for Music and Dance at Millennium Park, co-chair of the Peer Network for International Giving of the Donor’s Forum and vice chair of the International Committee of the Council of Foundations. Dickerson was honored as Chicago Professional Grantor of the Year in 2002, Chicagoan of the Year in 2004 and she received the Legacy Award from the ETA Creative Arts Foundation and the Annual Sor Juana Award from the Mexican Fine Arts Center. The Jazz Institute honored her with the Tim Black Award for Community Service in 2006. Dickerson has presented on various arts and community issues and serves as a consultant to various arts, cultural and philanthropic organizations including the National Endowment for the Arts.